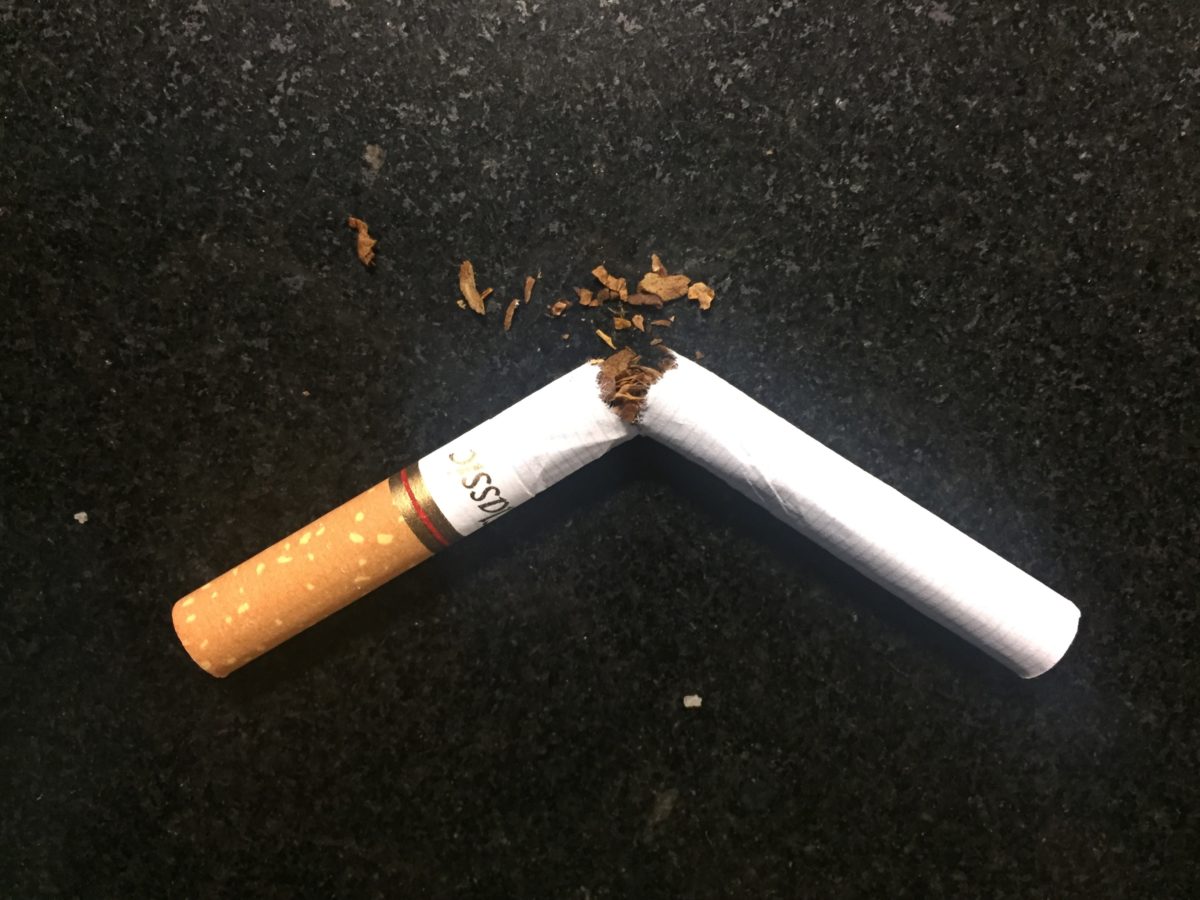 The above-mentioned smoking-related death is inaccurate, but the message was relevant and compelling. In reality, the deaths are much higher. Perhaps dying is one sure way of quitting smoking.  But is life so cheap that you puff it away?

Stats on smoking related problems are startling. According to World Health Organization (WHO), tobacco caused 100 million deaths in the 20th century, and it believed that if current trends continue, it might cause one billion deaths in the 21st century. Tobacco kills up to half its user, about 6 million people each year. More than five million of those deaths are the result of direct tobacco use while more than 600 000 are the result of non-smokers being exposed to second-hand smoke. And without urgent action, the annual death toll could rise to more than eight million by 2030.

India is home to 12% of the world’s smokers. And smoking kills over one million people in India annually and is the fourth leading cause of non-communicable diseases (NCD) such as cancer and heart diseases, which account for 53 percent of all deaths in India.

Tobacco is the single most preventable cause of death in the world. It’s linked to increased risk of several cancers, including lung, larynx, oesophagus, oral cavity and pharynx, bladder, pancreas, kidney, liver, stomach, bowel, cervix, leukaemia, and ovarian cancers.

Many might be surprised that smoking in public places was prohibited nationwide from 2 October 2008. However, we see smokers all around including street corner and places which cause inconvenience at the least and significant health hazard otherwise. Researched has established that ‘second-hand smoke’ exposure (on non-smokers) has immediate harmful effects on the heart and blood vessels, and causes thousands of cancer and stroke-related death each year.

Indian cinema (Bollywood) has long history depicting and even glamorising smoking. A casual and carefree attitude of filmy hero and villain is exaggerated by a show of tobacco and alcohol use. Indian government felt that smoking was being glamorised on silver screen therefore banned depiction of smoking in the films from 2005. Later, continued to allow it provided the scene is accompanied by a disclaimer about health hazards of smoking. However, there is a disproportionate depiction of smokers in Indian cinema to date. A WHO study reported that tobacco is portrayed in 76% of Bollywood films, with cigarettes making up 72% of all the portrayals

Many smokers have given up on stopping even before making a start. Such apathy is primarily driven by lack of understanding of the hazards of inhaling burning tobacco that contains nicotine (one of the most addictive substances known to humanity, perhaps more so than heroin) along with carbon monoxide, tar and 60 odd chemicals, which severely damage health.

Several studies that have shown that few people understand the specific health risks of tobacco use, but once the smokers become more aware of the danger, most want to quit.

In my opinion, most smokers live in denial, overshadowed by misplaced belief that puffing will not affect their health as it does to others, or if you are fit and well, then the ill effect will be mitigated.

Other simply can’t be bothered to disrupt the comfort zone of their habit or make an attempt at change. And those who do, try to give up smoking ‘abruptly’, without any assistance, and on a background of ill-defined and uninformed desire to stay smoke-free. Problems with sudden discontinuation of this highly addictive nicotine is one of unpleasant withdrawal symptoms such as anxiety, irritability, restlessness, sleep disturbance, and importantly intense craving for smoking. Such an experience will revert one to status quo, which is a continuation of the old habit. Worse, an unsuccessful attempt like this reinforces the beliefs that it’s hard, perhaps impossible to quit.

Initiating the process of change

The process of shifting a smoker to a non-smoker status is complicated, but by no means impossible. It starts with raising awareness (self-guided or professionally led) of health implications of smoking, followed by seeking expert help, and then exploring options/methods that suit the individual. Importantly, a commitment for change and putting on your best effort to rid self from the clutches of this deadly habit will go a long way, both in nurturing confidence but also limiting guilt of not having tried soon or hard enough.

An individual can be facilitated and guided into change by a professionally led talking therapy techniques called Motivational Interviewing (MI). MI is a method that works on engaging intrinsic motivation within the client to change behaviour. It is a goal-oriented, client-centered counselling style for eliciting behaviour change by helping clients to explore and resolve ambivalence.

Remember, motivation is dynamic and subject to fluctuation. It imperative to understand the driving force behind individual motivational factors, and this requires effort and introspection, both from the person concerned and expert alike. On a personal level, expect glitches and even failure along the way, but importantly start on an optimistic note.

Change can be facilitated in a smoker. Prochaska & DiClementi described ‘Stages of Change Model’, wherein everyone has to accomplish the same specific task to move through the change process and modifying the said behaviour.  The starting point of this cycle is a pre-contemplation stage where an individual has no intention for change, to contemplation stage, wherein one becomes aware of the problems but has made no commitment to change, followed by preparation, action, maintenance and relapse stages. The last one is when the person falls back to old patterns of behaviour. The model does not describe an end to the process of change and suggests that a person is ever progressing in the cycle.

Practical tips to get started

Quitting smoking may be the best thing you will do in your lifetime.

If you don’t succeed then try again and again, do something different each time. Lack of successes in quitting and return to smoking can never be the end of the road. Rather it must be seen as a progress on the cycle of change and towards better health.

So, don’t quit on quitting!  Kick the (cigarette) butt before it kicks yours!

A smaller version of this article titled – Kick the Butt was published in B Positive magazine in 2015. Equally, read Mindline Feb 2015, which addresses the question of hookah addiction and smoking cessation.